About 2 billion years ago, our single-celled ancestors inhabited the earth. These primitive life forms could not make their own energy, so they merged with bacteria, which can produce large amounts of energy. This relationship helped the cells to reproduce and grow and led to the development of more complex life forms, such as humans. The bacteria taken up into the cells became what is now known as mitochondria. It’s logical that the microbiome of the human body and the mitochondria know how to communicate with each other and both work together to optimize foods and immune function. Read more about microbiome and mitochondria here…...

For the Scientist: The theory of evolution of the eukaryotic mitochondrion, known as the endosymbiotic theory, proposes that an alpha-proteobacterium was engulfed, or invaded, by a primitive eukaryotic cell approximately two billion years ago. This mutually beneficial relationship between the cell and bacterium led to development of the protomitochondrion, which became the present day mitochondrion over the course of evolution.

The evolution of the mitochondrial genome is a complex process that enabled the transfer of proto-mitochondrial genes to the nuclear genome. This transfer resulted in a significant reduction of the mitochondrial genome, and present-day mtDNA encodes only a few proteins, including 13 polypeptides that are essential for the process of oxidative phosphorylation (OXPHOS) and for making translational machinery (2 rRNAs and 22tRNAs). All the remaining proteins that are essential for the mitochondria and OXPHOS are encoded by the nuclear genome. Mitochondrial evolution and physiological function represent a fascinating portrayal of a complex, symbiotic relationship between two distinct genomes that involves extensive intergenomic communication. 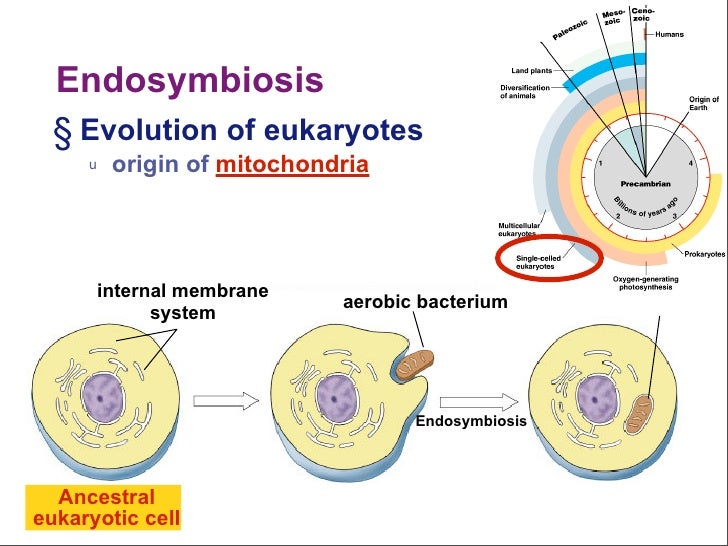