When we are exposed to mitochondrial toxins, the mitochondria in our cells can be damaged or destroyed, resulting in problems ranging from mild to severe. Mitochondrial toxicity can be caused by medications, environmental agents, diet, and stress. Notably, the diet has also been shown to reverse mitochondrial damage and protect cells from the harmful effects of toxins.

One common symptom of mitochondrial toxicity is fatigue, muscle weakness or myopathy. Sick Mitochondria cannot generate appropriate amounts of ATP. When the threshold of sick mitochondrial to healthy mitochondria tip over, people become VERY SICK. However, as the number of sick mitochondria is low to medium, people may not feel the symptoms as much unless they are stressed: tired, lack of sleep, extreme exercise, great stress, diets, etc. The longer someone is around a toxin, the number of sick mitochondria there are. Symptoms range from are broad..from eye twitching and eyelid drooping to peripheral neuropathy (numbness in the fingers and toes) and pancreatitis (inflammation of the pancreas). A severe problem related to mitochondrial toxicity is lactic acidosis, in which a build-up of lactic acid in the tissues of the body leads to loss of energy, organ failure, and eventually death.

Research has shown that common pesticides damage mitochondria leading to Diabetes. One reason for the explosion in obesity rates has been correlated to a person’s body burden of damaging chemicals and pesticides. Cleaning up the body of pesticides leads to increased health of mitochondria, the resolution of diabetes and weight loss. See the chart below, for the scientist.

Genetic Eve can help assist you in understanding your Haplogroup and it’s associated risks and providing ideas on protection. Your Family Tree reveals information about your ancestor’s DNA, In particular, your maternal genetics gathered through genetic testing provides valuable information about your mitochondria.

For the Scientist: In addition to mtDNA mutations, some targeting mitochondrial toxins can exacerbate the effects of certain other mtDNA mutations, e.g., by triggering disease, exacerbating disease symptoms, increasing the disease risk, and/or causing earlier disease development in mutation carriers. 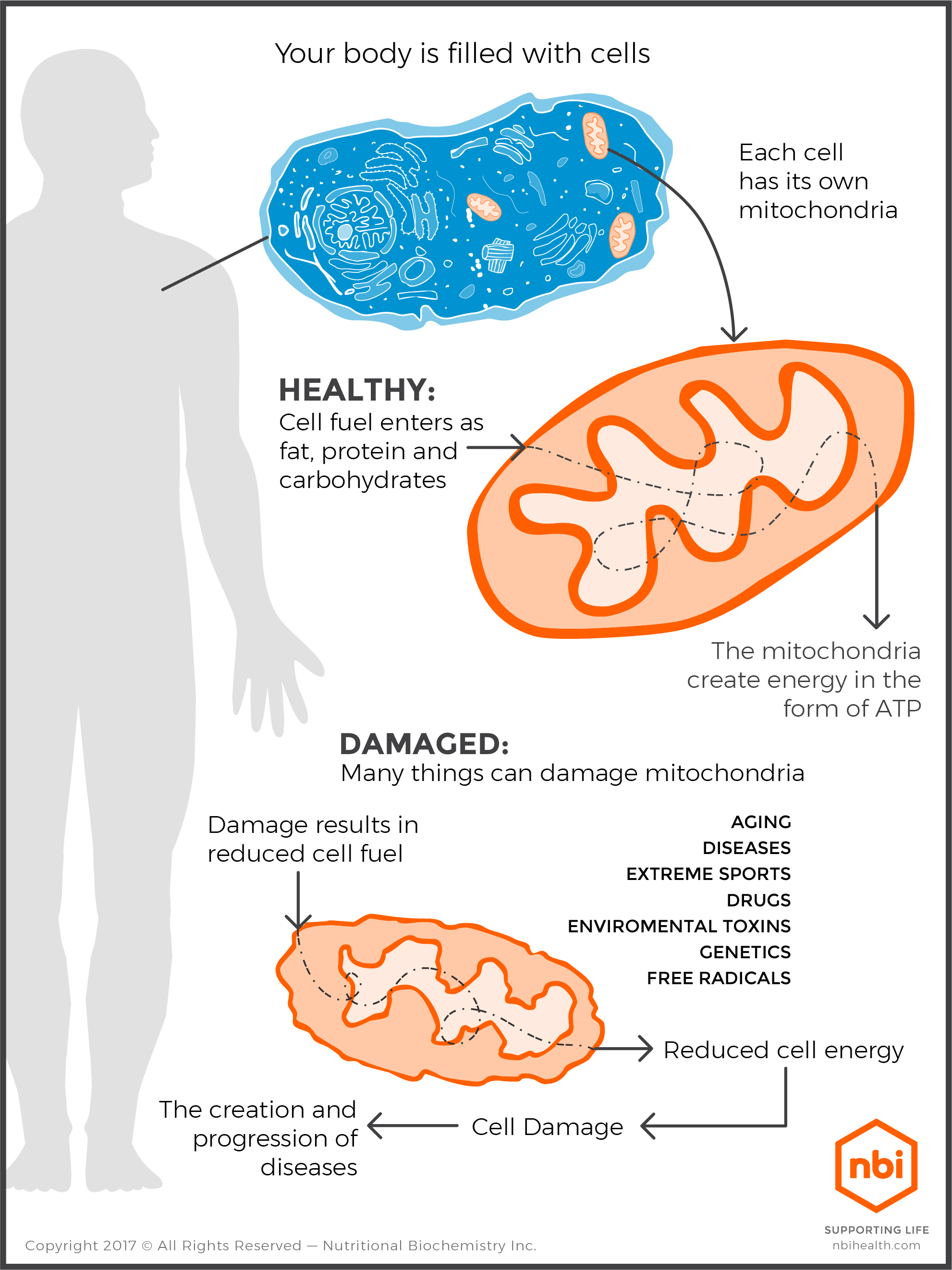 In some cases, illness ensues only when exposure to a mitochondrial toxin occurs in the presence of an mtDNA mutation. For example, individuals with the inherited mtDNA mutation 1555A>G (found in approximately 1,200 individuals) have a high likelihood of deafness following exposure to aminoglycoside antibiotics such as gentamicin. Other genetic factors modify the severity of this effect. Likewise, a number of mtDNA mutations can increase the risk of Leber’s hereditary optic neuropathy, characterized by a severe visual loss that usually occurs in young adults.

Additionally, organ toxicity has been detected in HIV/AIDS patients treated with azidothymidine (AZT). Within a few years of treatment with this drug (and other drugs in its class), as many as 30% of patients were developing complications such as weakening heart muscles and vision loss. Researchers soon implicated mitochondrial toxicity in these effects. It was subsequently found that members of other drug families, including the antilipidemic, antidiabetic, antidepressant, beta-blocker, and nonsteroidal anti-inflammatory drug classes, also have the potential to induce mitochondrial side effects (please see table for a list of drugs with mitochondrial toxicity).

Further, it is well known that mtDNA mutations accumulate during aging. Older individuals are more susceptible to environmental toxicants, which may be due to the accumulation of more damaged mitochondria.

It appears that some effects of mitochondrial toxins are reversible. You can kill off old sick mitochondria and make new healthy ones. Deficiencies should be identified and addressed. The problem often is identifying just what the unique vulnerabilities are for each individual. Certain medications may trigger toxic reactions, but the challenge is to figure out whether these symptoms are from ongoing mitochondrial damage, the natural history of the disease, or the use of new drugs. Other medications are well studied and known for their impedance of mitochondria. Those medications include common antibiotics like Ampicillin and common anti-lipid medications like statins.

When toxic agents can't be avoided, improving overall mitochondrial function is possible by including key elements such as coenzyme Q10, PQQ, L-carnitine, B vitamins, antioxidants (vitamin C, vitamin E, alpha-lipoic acid, and selenium), melatonin and others. Minimizing stress and illness is also important. Genetic Eve helps you understand what you may need to add or subtract from your lifestyle to protect mitochondria.