We keep our body temperatures at around 98.6 °F by producing energy within cells, which generates heat. Mitochondria produce most human body heat. Some peoples’ bodies are better at generating heat than others. Turning food into heat by Mitochondria happens based on inheritance from your maternal line. Research shows as ancient woman migrated out of hot zones into cold zones, mutations that enhance survival allowed her children to live while others died in the new environment. How much energy is made from food is called coupling efficiency. People who who can convert all their food to energy and not lose it to heat are called, “efficient”. People who are “inefficient” use some of their food for heat. Efficiency depends on Maternal Haplogroup and is tens of thousands of years old. People who are “inefficient” are healthiest with cold exposure and make more mitochondria in the cold. Certain Haplogroups need cold exposure despite where they live. 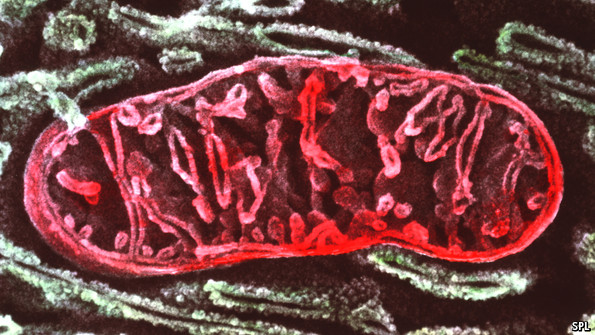 For the Scientist: A marked variation in mitochondrial efficiency exists among individuals and regional populations. SNP associated with human haplotypes suggest that as human populations migrated north out of hot African environments, factors selected for mitochondrial mutations that altered bioenergetics were selected for survival. . During the process of ATP generation via the electron transport chain (ETC), variations in efficiency resulted in altered thermal output, with more efficient mitochondria consuming fewer calories and lower heat output. This is a measured ratio called, coupling efficiency, and is described as tightly(efficient) or loosely(inefficient). Some haplogroups are surprisingly more efficient at generating reducing equivalents from food, which are converted into ATP. These results are shown to be true both from Cybrid and human studies. Efficient or tightly coupled haplogroups burn the least amount of calories to make a considerable amount of ATP, thus generating the minimum amount of heat per ATP consumed.In contrast, some people have less efficient mitochondria that use reducing equivalents to generate membrane potentials less effectively. These individuals burn more calories to create the same amount of ATP, and because of this, they produce more core body heat per ATP generated. These individuals are termed loosely coupled individuals or inefficient . mtDNA mutations that lead to decreased coupling efficiency are more often found in ancient people from cold climates. As humans migrated into colder climates, decreased coupling efficiency increased heat production thereby providing a selective advantage for early populations. Coupling efficiency, however, is likely not the only factor leading to enhanced selection, since changes in overall cell homeostasis might also have led to signaling that was more advantageous to thriving in varying regions [3]. For example, haplogroups N and M were the first to emigrate from Africa. Two of the identifying amino acid variants in MT-ND3 ((nt) 10398G > A) and MT-ATP6 ((nt) 8701G > A) alter mitochondrial membrane potential and calcium regulation.

Further, the shivering response to cold involves the production of increased body heat to cope with low external temperatures. Non-shivering thermogenesis (NST) refers to a cold-induced increase in heat production that is not associated with shivering. Interestingly, brown adipose tissue (BAT) appears to play a vital role in non-shivering thermogenesis (NST) via the metabolism of free fatty acids; thus, BAT is considered to be an important source of metabolic heat in cold climates. NST is primarily controlled by mtDNA. Individuals living in cold climates have enhanced NST and fat metabolism and share similar patterns of mtDNA mutations, or haplogroups. These mutations have evolved to help these people adapt to their frigid surroundings. Fat and fat metabolism is connected to immune function via Mitochondria. We see certain haplogroups demonstrate this connection through lipodystrophy, lipid peroxidation and lipid deposition. This has important implications for viral fat atrophy, weight loss, atherosclerosis, aging, liposuction redistribution side effects, and laser targeted fat loss.