Mitochondria make energy (in the form of ATP) by breaking down food with the help of inhaled oxygen. In this process, they also dump waste: carbon dioxide (we exhale out), water (we pee out) and free radicals called reactive oxygen species (ROS). These charged particles seek anything to achieve stability. They'll bind to neighboring mitochondria, bacteria, viruses, other oxygen molecules, or any other molecules floating around, including the body’s own DNA. These free radicals are desperate to attach to something near them. They cause destruction. Sometimes, the destruction is good. Free radicals can kill infections. Other times, the destruction causes diseases and aging and self-destruction. 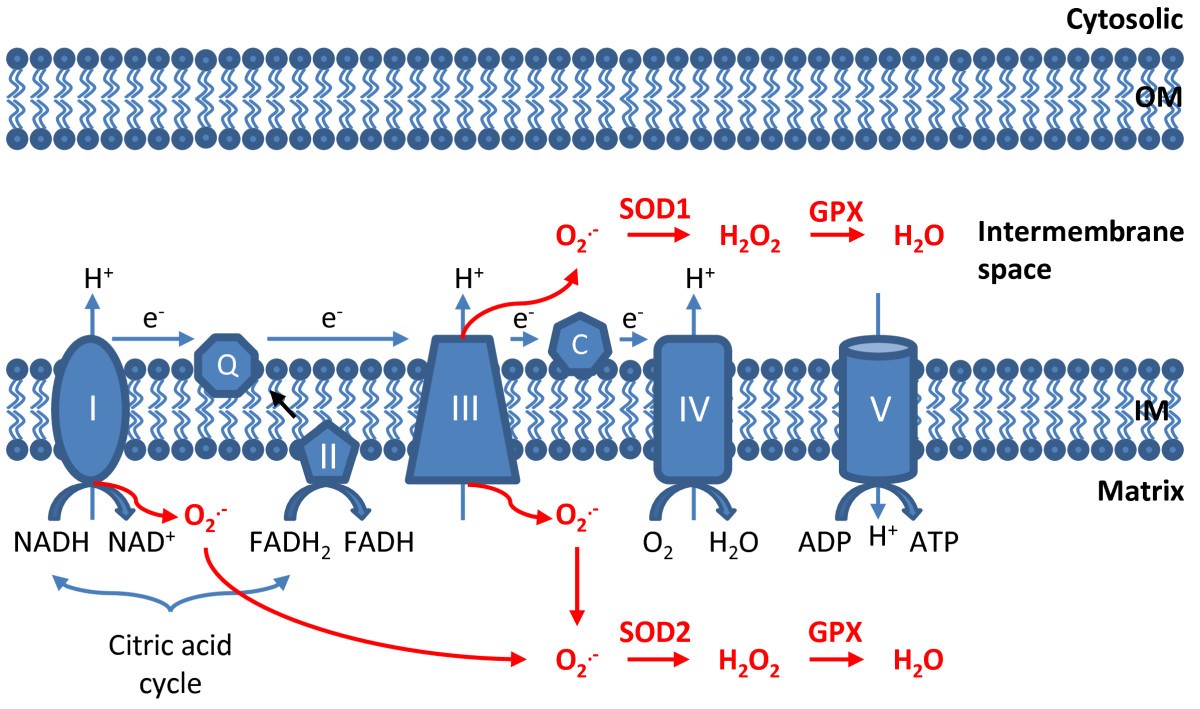 Mitochondrial ROS were initially thought to be merely by-products of cellular metabolism, but they are increasingly being viewed as important signaling molecules. At low levels, mitochondrial ROS are considered to be important for metabolic adaptation, as seen in hypoxia. They are also involved in regulating the inflammatory response. High levels of mitochondrial ROS activate apoptosis/autophagy pathways capable of inducing cell death.